FirstLine is happy to announce the promotions of three school-based staff members, the return of two former staff members, and the welcoming of two new staff to leadership positions. As an organization with a strong commitment to professional development, we especially value our employees’ talents and dedication, and we know that retaining and promoting them contributes to our students’ success. The relationships and trust that staff members build with students as teachers help ensure their success as leaders. Over the past three years, 45% of our new school leaders were promoted from within the FirstLine network. We congratulate and thank these outstanding educators, and their new colleagues, for their commitment to FirstLine and the students and families we serve. 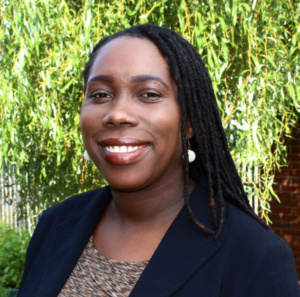 Aneesha Hogan – Aneesha was recently promoted to Elementary School Principal at Phillis Wheatley. Aneesha has worked at Phillis Wheatley for the past three years, and last year served as the Assistant Principal. Aneesha was born and raised in New Orleans and has worked in education for the past 14 years. Aneesha’s background is in early childhood education, curriculum and instruction, and leadership.

Aneesha loves working at FirstLine Schools because of the focus on the whole child. She says, “I also really value the urgency here around ensuring that all students are strong readers and writers. I am hoping to bring my experience in early childhood education and teaching reading to my leadership team.”

Ida Aduga– Ida was recently promoted to Middle School Assistant Principal at Phillis Wheatley. Ida, who is originally from Columbus, OH, has worked at Wheatley for the past eight years. Ida started her career as a City Year corps member, which then grew into a role as middle school lead teacher. While at Wheatley, Ida has been a grade level lead, department chair, afterschool programming coordinator, and has coached all of the girls sports for multiple years.

Ida loves working at Wheatley because of the close family feeling and the opportunity she has had to teach multiple siblings over the years. “I love watching the students grow from beginning to end of the year and being a consistent part of their story,” she says. “I also value how FirstLine encourages innovation and development in all aspects of this work, and that is the best part.” 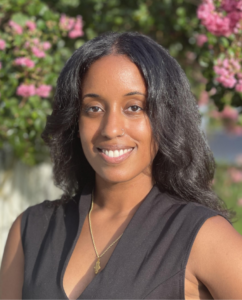 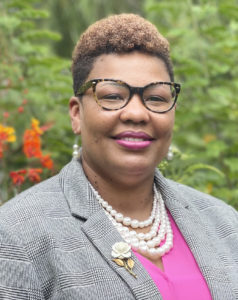 Tamekia Johnson – Tamekia was recently promoted to Lower School Assistant Principal at Arthur Ashe Charter School. Tamekia is originally from Charles City County, VA, and has worked at Arthur Ashe since 2017. Tamekia began her career in education 19 years ago as a 2nd grade teacher in Brunswick County, VA. She then spent the next 15 years supporting students and families as a 1st grade teacher and homeschool teacher, a CDI Head Start Home Educator, a Head Start teacher, a Kindergarten teacher, and then finally a K-2 Instructional Coach. Tamekia then joined FirstLine Schools in 2017 as a 7th grade ELA teacher, where she also completed the Mentor Teacher Program in 2020.

Ronique has joined FirstLine Schools as the Elementary Assistant Principal at Phillis Wheatley Community School. Ronique is from New Orleans and has worked in education for the past 10 years. Ronique is not new to FirstLine, as she originally joined our school community at Live Oak. Over her 10 years in education, Ronique has taught 3rd – 10th grade, along with some community college classes. She has served on leadership teams, both as a mentor teacher and as an instructional coach.

Ronique is excited to be back at FirstLine, as a first-time Assistant Principal, because of the opportunity to grow and develop in any position she takes on here. “I love how all the schools that I have worked at (FLLO and Wheatley) invest and care about the growth and development of the students holistically,” she says. “I hope I am proving myself to be an asset to the leadership team at Wheatley with my team spirit and wealth of knowledge I bring along with me.” 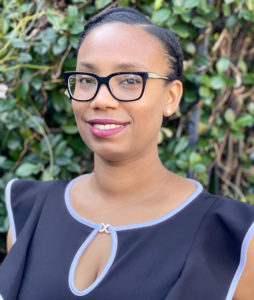 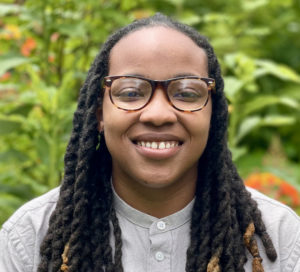 Veronique Dorsey – Veronique has re-joined FirstLine Schools as the Middle School Assistant Principal at Phillis Wheatley. Veronique was born and raised in New Orleans and has worked in education for the past nine years. Veronique is not new to the FLS family, as she worked at Arthur Ashe for six years as a middle school teacher. Veronique then taught at Coghill for one year and worked for InspireNola for two years before returning to FirstLine this year.

Veronique appreciates working for FirstLine because of our innovative approach to working with students. “We are committed to doing what’s best for kids,” she says. “I’m excited to be on Team Wheatley to engage the community, bring in resources that will enrich our students’ learning experiences, and live up to our mission of being a community school.”

Ratasha Pugh – Ratasha has joined FirstLine Schools as the RTI Coordinator at Phillis Wheatley. Ratasha was born in San Diego, CA but has been a part of the New Orleans community for the past 13 years.

Ratasha began her education career as an afterschool lead at a school in California, then became a site coordinator for another school for several years. In 2008 Ratasha moved to New Orleans and began working with a company that provides ABA therapy for students on the autism spectrum. She then moved into working in schools as a paraprofessional while also attending school herself to receive her special education certification. For the past seven years, Ratasha has worked in special education ranging from Kindergarten – 5th grade in a resource and self-contained setting. Through the years she has supported coaching grade level teams in content development and behavioral support within the general setting. During her most recent position, she was a lead teacher in the general education class and implemented a remediation RTI program to support students performing below grade level.

Ratasha says she is excited to join FLS because she is getting the opportunity to make a larger impact on students who need support. “As a leader at my school, I hope to bring my passion and knowledge to teachers,” she says. “My goal is to help staff develop and grow the skills needed to support all students’ needs within the general education setting.” 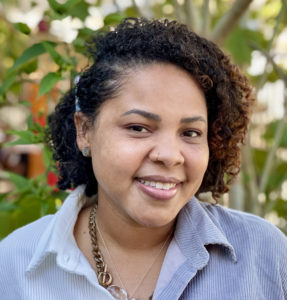 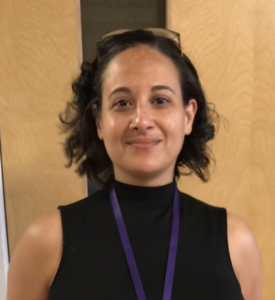 Sarah is excited to join the Live Oak leadership team as it gives her the ability to work with a group of dedicated individuals who are passionate about the work as well as supporting each other. “The collaboration and respect among colleagues makes this a fabulous place to work,” she says. “I am hoping to build a strong Special Education department that not only supports our students but also the special education and general education teachers as well. My goal is to help develop my team into strong special education teachers and leaders!”